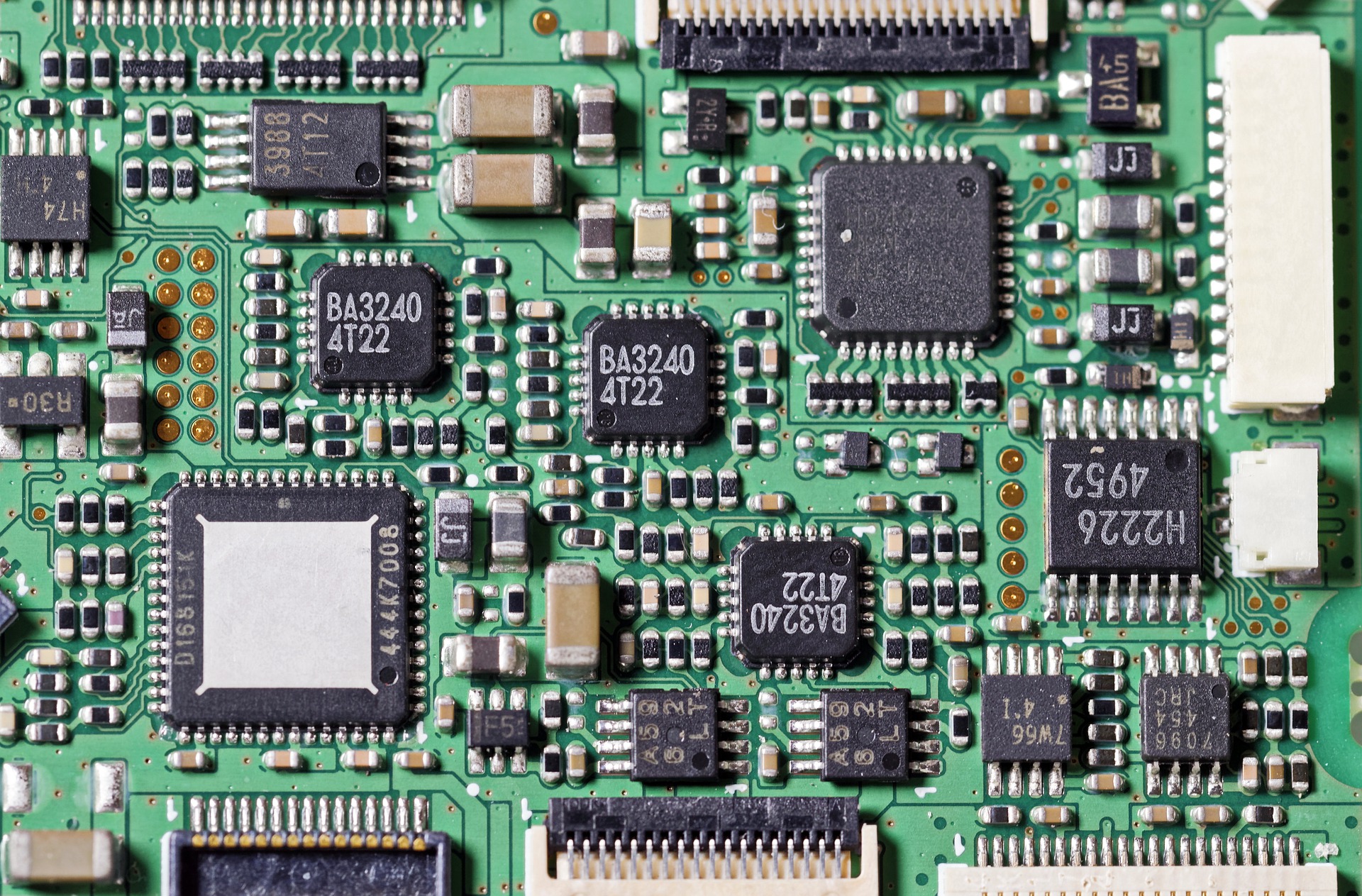 In modern days the PCBs are getting smaller and the stack up take an important part in it. Before get into designing, the designers and respective manufacturers must consider the layer stack up. By choosing better stack up can improves the signal integrity and avoid manufacturing issues

What is Stack up?

Stack up is an arrangement of copper layers and insulating layers that make a PCB board. The most commonly used insulated or dielectric material is flame retardant-4 (FR-4) in the form of core and prepreg (pre-impregnated) 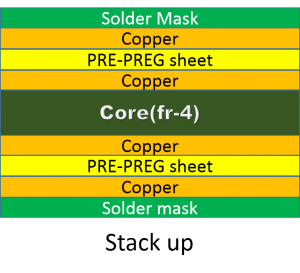 Copper is a material used in PCB to carry the current throughout the board. There is lots of substance that can carry the electricity but copper is a highly conductive material. The reason for high level conductivity is that the electrons can freely move from one atom to another with low resistance. It can easily transmit the signals without current loss and also it is cost effective so, copper is a standard material used in PCB. If the current is high, the copper thickness also varied with respect to the amps used in PCB. The unit of copper is ounce/ft2

Flame retardant (FR-4) is the dielectric core material used in PCB. It is made up of fiber glass that laminated with epoxy resin. The copper foils are bonded on both sides of core. There is also have alternative materials like Teflon, polyimide, GETEK etc. Boards made of FR-4 are strong, water resistant and provide good insulation between copper layers so, FR-4 is better for PCB construction. However in high frequencies, FR-4 material is not preferable. At high frequencies cannot maintain a constant impedance and reflection that will impact signal integrity. FR-4 operative temperature is 135 degree Celsius. Dielectric constant (Ԑr) for the FR-4 is from 3.8 to 4.6. The standard thickness of FR-4 material is 1.5 mm

Prepreg is thin sheets of fiberglass with epoxy resin which hardens when heated and pressed during the PCB manufacturing process. Prepreg also produce an insulation between two copper layers like core. The operative temperature for prepreg is from 60°C to 180°C. Once the prepreg is heated, it will start to melt and get hardened with the two copper layers due to the pressure. Prepreg take most important role in multilayer stack up. To achieve the gap between two coppers can use multiple sheets together

Guidelines for better stack up :

Different types of stack up in PCB :

Single and double layer stack up: 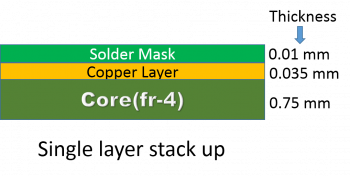 Double layer stack-up are had two copper layers that bonded on both sides of the substrate or core. The components can place in both side of the board and can connect the traces by using via. Maximum frequency range for two layer board is 25MHz. The standard PCB thickness for double layer board is 1.57mm 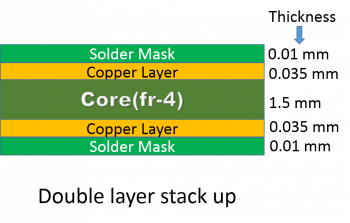 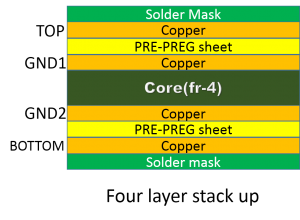 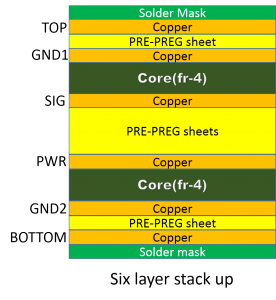